Posted by April on February 21, 2011
January and February 2011 consisted of TWO new years celebrations and TWO Valentine’s Day and a full week of work last week. So now that we are done with the distractions ;p, here we are - TPM is armed and ready to make the best of 2011 with your brand!

Singtel welcomed the Chinese New Year for travellers coming in from Indonesia to Singapore with a vibrant red message. The advertisements were located at the Indonesia side of the Ports of Call. The message featured the Blackberry and Pre-paid service strongly to remind, the communications loving, Indonesians that they can still stay strongly connected when in Singapore.

Indonesia is the top contributor amongst the Top 15 Markets of inbound tourists to Singapore. Leading the pack with 176,000 visitors, this is a 23% increase of passengers compared to 2009. According to the Singapore Tourism Board statistics, most Indonesian tourists arrive via air and at about 34.9% of them come via sea transport from the nearby Riau Islands. 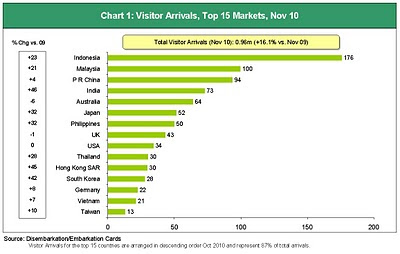 Topping the charts again, Indonesia beat P.R. China as the top spender in Singapore. The third and fourth places go to Australia and Malaysia respectively. Indonesians spend about 40% of their total expenditure in Singapore on shopping while the rest is spent on medical treatment and accommodations. Interestingly, Americans spend at least 48% of their total expenditure on accommodations while South East Asians spend an average of only 25% on the same. 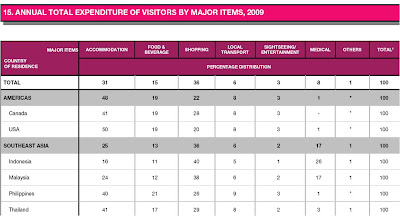 The growth in Indonesia is gaining strong momentum and the Bank of Indonesia (BI) has just raised its GDP growth forecast to 5.7% from 4.8% as seen in a Jakarta Post article on 2010, Sept 3. With Singapore’s continued reputation for being a regional Healthcare and Fashion hub, Indonesian tourists will remain our top inbound tourist market.

Is your brand reaching out to them?
Airport Advertising Indonesia Singapore TPM Team