Posted by Unknown on February 21, 2017
While in 2015, Apple took the Outdoor Grand Prix for Billboards Featuring Users’ iPhone 6 Photos, for the iPhone 7, the use of billboard as a contextual medium powerfully focuses the strength of the new iPhone 7's low light camera capabilities.

As featured on Adweek article - Apple’s Latest ‘Shot on iPhone’ Outdoor Ads Capture One Night, Around the World

"...this time with a dramatic, globe-spanning collection of photos shot in a single night.... dispatched photographers to chronicle Nov. 5, 2016, after dark. They went to the far corners of the earth to capture the sights—lava pits in Indonesia, arctic caves in Iceland, offbeat characters on the streets of Shanghai and Johannesburg. 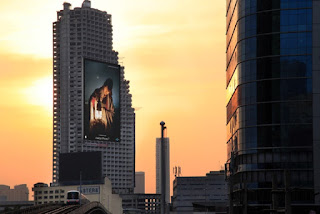 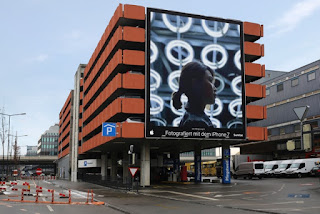 ...will appear on billboards in 25 countries, more in a noir video (Apple's iPhone 7 video) mixing time lapse with snapshots and film, set to a mellow yet lively jazz trio. Overall, they make for a fresh twist on a familiar pitch."

There are some very prominent junctions in developing capital cities such as Ho Chi Minh City and Yangon that features some of the best mobile handphone brands and it is very eye-catching at these heavy traffic junctions for their billboards. 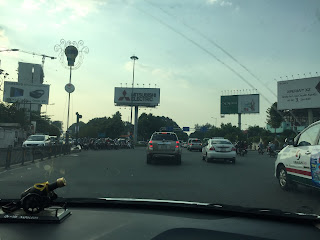 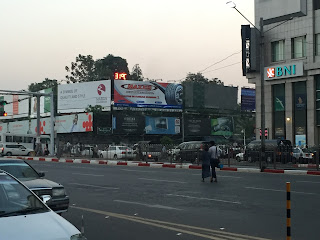 Yangon billboards - Junction of Sule Pagoda Road and Bo Gyoke Road near the Shangri-la and the Park Royal hotel with brands of mobile phones such as Leveno, Oreedo telco doing outdoor advertising and billboards

Is there a certain location or street junction in your city that is a key focal point for mobile phone advertising?
Billboards effective uses of outdoor Myanmar Targeted Marketing Vietnam