While it seems a bit empty now, it is good to be under capacity as the room for growth in Indonesia is tremendous! Frankly, it is rare to have anything facilities which is under-utilized in the fast growing South East Asian country. All brands are fighting for a share of voice in this market! 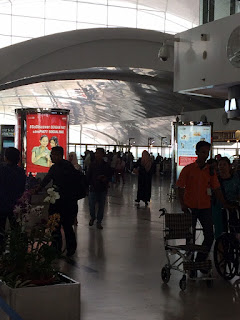 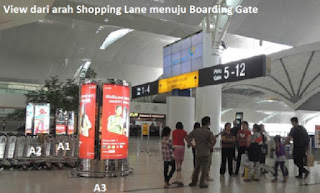 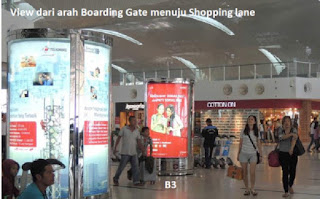 Telkomsel airport advertising at the Kuala Namu International Airport
Giant Lightbox Tubes (In front of the departure gates -passerbys from passengers after check-in and before boarding near Duty Free areas. 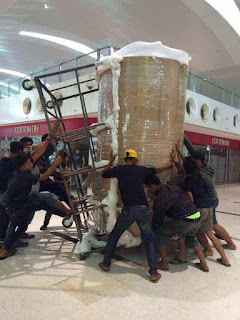 How many men does it take to install a GIANT lightbox tube advertising in the airport? 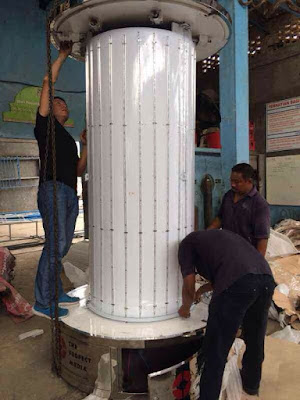 GIANT light tubes are hard to produce, transport and install! 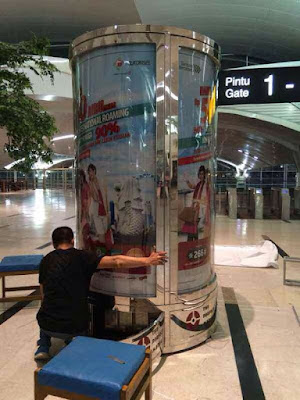 Measuring more than 1m in diamter and more than 2m in height excluding the stand, these airport advertising lightbox tubes are especially designed to create powerful impact. Each lightbox tubes allow our client Telkomsel 3 powerful visuals with a 360 degree viewing. EVERYONE can see the advertising.