Posted by Unknown on April 19, 2015
Advertising billboards can do many things - give directions, focus intentions, help you find religion and EVEN cause happiness and joy. 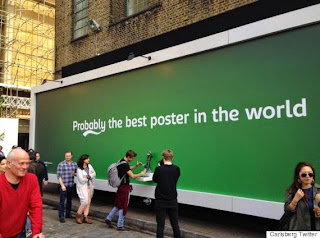 A big, green ominous-looking poster has cropped up on Brick Lane, Shoreditch. But this isn't just any poster. This is a billboard, sat (rather aptly) outside of hipster hotspot, the Truman Brewery. And guess what? It spouts beer from a pump enabling passers-by to pull themselves a free pint. As part of its If Carlsberg Did campaign, the supplier of beer and lager has released a self-service billboard allowing punters to grab a taste of the brand's beer while on-the-go.

For Michele McKeag Larsen, with her non-profit organisation - JOY TEAM, causing happiness is more direct and longer- lasting. In her own words - "The more you surround yourself with positive messages, positive images, positive people, the better life gets," Larsen, 46, told The Huffington Post. "Sometimes the people who need it don't realize that they need to go looking for it, and so stumbling across it and feeling that shift, or seeing it because the billboards are up for four weeks, starts to change something in their brain. And if that's the little leg up that they need to move in a different direction, that's pretty powerful stuff." 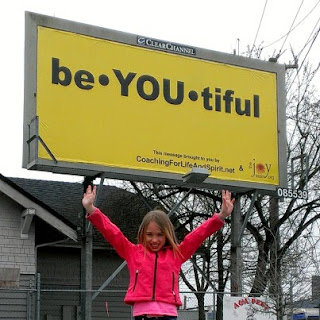 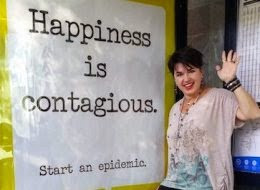 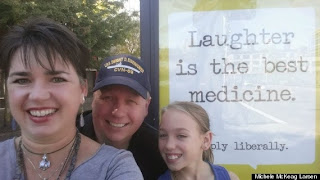 The Joy Team shares kind phrases on billboards since 2010, and has posted more than 100 messages throughout the cities of Vancouver, Washington; Portland, Oregon; and Phoenix. The positive thought organization has also expanded its efforts beyond the billboards over the past five years, spreading happy messages through the world via sidewalk chalk and social media, and bringing joy and nutrition to children struggling with food insecurity.