Posted by April on March 16, 2014
This article has been sitting inside me for sometime, but it was hard to express it so in words, whereas in reality, the revitalization is organic and life in Chinatown Singapore is really getting more vibrant and cosmopolitan than before. I cannot quiet remember the inflection point of this trends - perhaps it was when the new luxurious PARKROYAL Pickering Street, Singapore hotel was opened, coupled with the re-opening of the new Chinatown Point under the Perennial (Singapore) Retail Management and 2 HR - 2 Havelock Road (former Apollo Centre)

As written in an earlier post here, the semi-annual street lighting festival for Chinese New Year and the Mid-Autumn festival, coupled with the fact that Chinatown is the second largest shopping belt in Singapore - Chinatown is one of the best outdoor advertising location in Singapore!

Another key fact about Chinatown is that it is also the centre of business for many big names in Singapore. Its proximity to at the junctions of Havelock Road and Eu Tong Sen street also makes it a stone's throw away from the Central Business District (CBD). Since Shenton Way is generally a white out zone for Out-of-Home advertising in Singapore, it is best to target the key routes leading in the Singapore CBD. 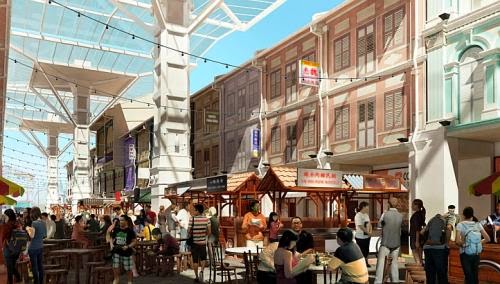 One of the latest new draw about Chinatown Singapore is the long awaited Food Street in Chinatown has also recently re-opened on Feb 22 2014 by the Select Group Food Street as reported by ChannelNewsAsia. It will feature 10 famous restaurants as well as 24 hawker stalls. Singapore - the ever foodie nation - a comprehensive list of these new restaurants and stalls are listed here by SoShiok! The Food Street is expected to be the only food street in Singapore to feature cuisines from the main Chinese dialects as well as those of other races. said the area can cater to about 600 to 700 visitors at any one time, and expects to see between 6,000 and 8,000 visitors daily.

But really, the revitalization is organic and life in Chinatown Singapore is much more than the food street. It is not only the Food Street or the typical restaurants and eating houses. The hip quotient is creeping up over the number of years especially along Bukit Pasoh and the Keong Siak Street areas. It is more than just one or two quirky joints, but a whole new lifestyle is emerging in the Chinatown as an over spill of the Duxton area. One of the more talk about joints is The Library - where the bookshop front is a deceiving entrance to one of the coolest bespoke cocktail bars today. There is a password though... Since this is a blog about advertising and not drinking - I will leave you in the hands of experts to know more about this place 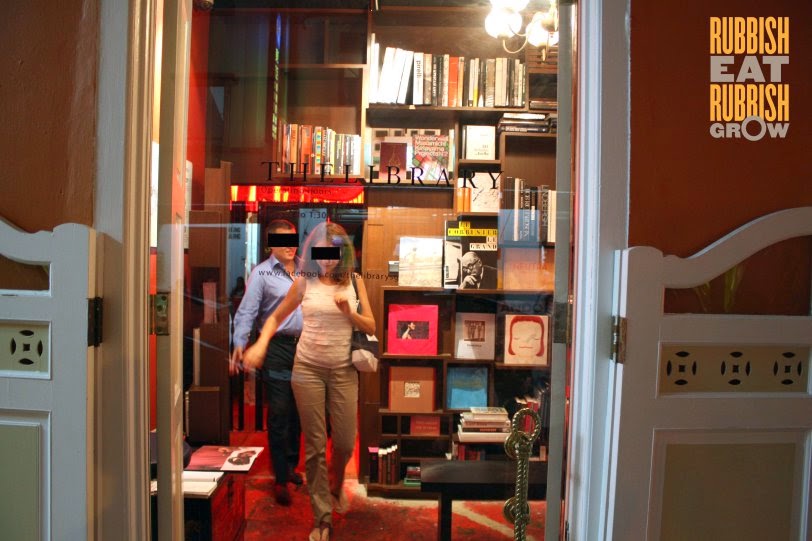 So there are yoga centers, salsa schools, bookshops (and bookshops that are actually bars) the list of such cafes, restaurants and cool places are endless and the list keeps growing and growing. Check out one of these many lists here.

Do you agree that Chinatown Singapore - Revitalizing faster than we think?

Is it time to reconsider what's the demographic that your brands are reaching out to these days? No media plan should remain the same campaign after campaign especially in the urban environment of where we PLAY EAT LIVE
Billboards Outdoor Advertising Singapore TPM Team

Zhang Wei said…
The information is very interesting With great pleasure I read your blog. Its really nice.