Posted by April on December 11, 2012
Was recently in Japan for a short trip; the food is great, the scenery is stunning and the people are charming and warm. But what really touched my geeky heart and my love for advertising was... 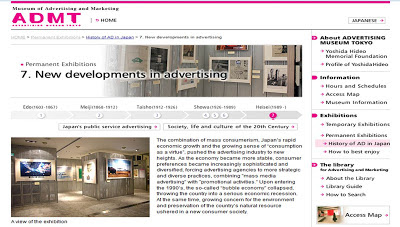 I was struck by the advertisements from the eras: The influx of foreign brands during the Meiji, the 1964 Tokyo Olympics and the eco-drive themes of the 21st century. The advertisements from events and periods were clear markers of history and the changing mindset of the society. This was really fun even for the non-advertisement geeks. 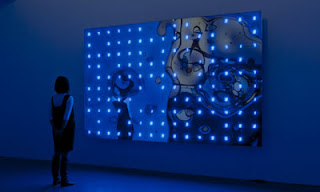 After viewing Teddy Lo's MEGAPOV during the Marina Bay's iLight 2012 in Singapore earlier this year, I have been intrigued by LED lighting art. The concept MEGAPOV is a light installation using a new digital light format to produce a news flash effect showing symbols. The symbols are seen as "flashes" from rapid eye movement which I have yet to figure out HOW (?!)

Anyway, Tatsuo Miyajima "LIFE I-model" was the featured solo exhibition during my visit at SCAI The Bathhouse. Using digital counters based on light-emitting diodes (LEDs) which operates in an unpredictable and a random rhythm, Miyajima's illustrates this thinking which based on three concepts—"Keep Changing," "Connect with All," and "Goes on Forever." So the digital counters were flickering counting up and down in a random fashion to symbolize human's adaptability and the paradox of time. 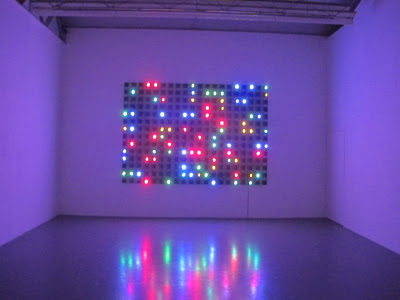 If I lost you there in the above paragraph, please do not be put-off. I was feeling the same when I walked out of the gallery and the feeling was even more accentuated  because there was only 2 or 3 pieces of exhibits. But a good art piece sets you thinking for a long time. And this was one of those art. 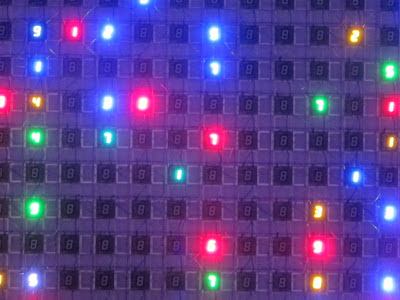 Will put together other photos of Tokyo in the next post. No yummy sushi photos though.
Japan LED Outdoor Advertising