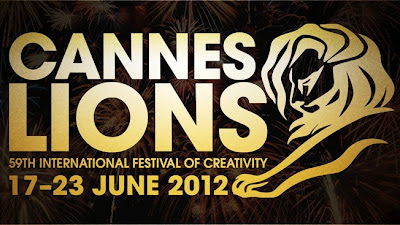 It's the time of the year when thousands of delegates worldwide attend the renowned ad festival. The Cannes Lions International Festival of Creativity is essentially a global event for those working in advertising and related fields - to attend seminars and workshops, and to view shortlisted masterpieces from around the world.

Zooming in on the Outdoor Lions category from a long list of awards, the following advertisement which won the prestigious Outdoor Lions Grand Prix Award immediately caught our eye:
As part of their ongoing global marketing campaign named "Open Happiness", The Coca-Cola Company's purpose was to convey in the simplest way imaginable the spirit of sharing, friendship, and happiness that is sparked each time a bottle of coke is passed from one hand to another.

Penetrating into a market like China where lifestyle and landscapes are usually cluttered, Chief Creative Officer of Ogilvy & Mather China, Graham Fink, was looking for a design that stood out above the rest. He says, "In a market like China where clutter is the norm, the simple lines and hyper-minimalistic design, which even leaves out Coke's logo, are a show-stopping example of 'less is more'".

The design you see on the award-winning advertisement actually follows a simple equation like this:

The iconic imagery comprise only two elements in the entire visual, which are both trademarks of Coke as well as worldwide icons that everyone can identify with: the "Dynamic Ribbon" and the "Contour Bottle". And stemming from all forms of publicity, any advertisement would receive their +ves and -ves.

Many felt that this design was "inherently universal", allowing people from any state or country to be able to identify the brand behind the ad without any modification at all. Critics also thought it was simple and easy to understand, fully supportive of the concept that less is indeed more. On the other hand, some were critical of this concept, citing that the design was oversimplified that it turned out looking like a logo instead of an ad with a message. To each his own, I guess, as we all know- one man's meat is another man's poison.

The other masterpiece that attained the Outdoor Lions Grand Prix Award is that of The Invisible Drive from Mercedes-Benz. The idea and execution are highly impressive and is definitely worth a few minutes of your time.

That's all for the Outdoor Lions Grand Prix Award for now, stay tuned for the shortlists and winners from the Titanium & Integrated Lions Category that will be released shortly!
Cannes Creative Digital Outdoor Outdoor Advertising

u can check out Mumbai Outdooe ad space at http://allaboutoutdoorads.blogspot.in/
July 7, 2012 at 3:57 PM