Bear Sighting in Singapore - Philips Electronics "It's a Close Shave"

Posted by April on October 27, 2010
The recent bear sighting in Singapore was a result of a viral marketing campaign by Philips Electronics for its shaver series. 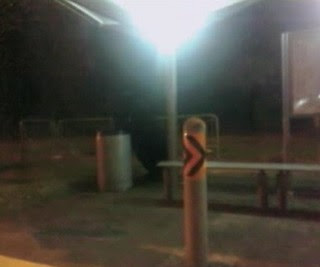 Reminicent of the Singpost's Vandalised post boxes which was intended as a viral campaign for the Singapore Youth Olympics, the relevant authorities were activated for the wrong reasons again.

It is my personal opinion that if this bear was spotted in some mall in bright day with approperiate signages ie. "Have a Close Shave Today!" Then I will laugh rather than shudder in fear which was my first reaction when I saw this picture of the "Bear in Singapore."

Sant Qiu had commented on his blog on Channelnews Asia today, on the marketing aspects of such a campagin, which was a worthy read for me too.
Creative Regulations Singapore Street

The billboard message is strong, bold and says TRUTH. It is hard to get away with murky information when the billboard is anchored at the busiest cross junction in downtown New York City or anywhere in the world. That's the power and impact of using billboard advertising.


There is no other more important time than now for the New York Times to take on this campaign. Well worded by Adweek -
In a world of fake news and alternative facts, The New York Times is asserting the primacy and importance of the truth—and the role independent journalists play in searching for it, and telling it—in a big new brand campaign…

We recently completed the media booking and print, installation production for the Google Android Phone from Singtel.

We do not usually recommend boomgates advertising for 2 key reasons (1) Limit to size of visual whereby display height ranges from 0.08m-0.30m only . (2) Lowered chances to view advertisement message thanks to the speed of the boom gate/ car park barrier arms' operation. A victim of technology progress, no thanks to the Singapore ERP system for car park operation.

But this car park boomgates campaign by "Google Android Phone from Singtel" is really a very special creative execution whereby the Android itself takes centrestage in the whole creative. Every time a vehicle passes through the carpark boomgates it would seems like the Android's little arm is lifting the barrier arm. Thus the Android is quite the little enabler isn't it?

It has come to my attention like too many years later - that the Emmy Winning Drama Series - Mad Men set in the vintage 1960's where advertising execs are mavericks and spinners of marketing gems that ignites the awakening aspirations of consumers in America.

“Happiness is a billboard on the side of the road that screams with reassurance that whatever you’re doing is OK.” Pictures taken from the the Daily Billboard.


The billboards placement of the Mad Men characters of Don Draper, Betty, Pete and Peggy are well positioned to dominate the major cross junctions as they offer themselves "in consideration" of the upcoming Emmys in LA 2014.