Posted by April on January 07, 2010
Taken from Stomp and AsiaOne's report posted on Jan 6, 2010. Please read more for details of the Singpost's Vandalised Post Boxes as a publicity stunt gone wrong here and here. Some extracts of the report include:


- "It turned out that blatant acts of vandalism of post boxes over the New Year weekend, which had angered several onlookers, were not carried out by criminals." 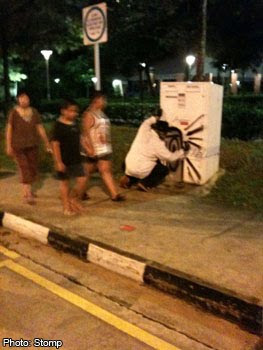 - "... the "rampage" had actually been a publicity stunt by Singapore Post, to reach out to youths here in conjunction with the Youth Olympic Games to be held from Aug 14 to 26 this year."

- "....photos and videos of the "vandal" [flooded streaming site YouTube and Singapore Press Holdings' citizen-journalism website, Stomp] - [the vandal] who wore a white long-sleeved shirt, black pants, gloves and a black hat - openly defacing the post boxes. He was seen spray-painting phrases such as "boomz", "inkman", "break out" and "live life" all over the mailboxes. Police were called in to investigate." 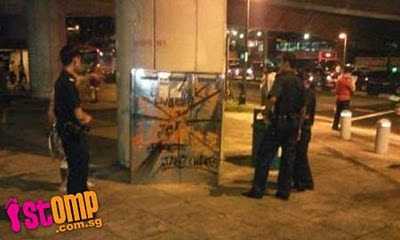 While guerrilla marketing is defined as an unconventional system of promotions that relies on time, energy and imagination rather than a big marketing budget, and the sky's the limit in terms of creativity BUT, I guess there are unspoken markers in terms of taste and cultural sensitivities that a brand must consider when launching any campaign. My takes on the Singpost's recent publicty stunt:

- To quote Pat Law's twitter post on this campaign: "....At best, u can fault Singpost for trying too hard to be cool but what's the big deal with graffiti anyways?"
- To me, "What's the big deal with graffiti anyways?" - is graffiti necessarily synonymous with youth? Furthermore, is graffiti can be regarded as a form of street art or the other extreme of thoughtless vandalism (ie. with destruction of common property as intention). Based on the graffiti content on the post boxes with words like "Boomz" and other random lines, is it the intention for the Youth Olympics Games to be associated with criminal acts?

- Finally, as a vendor and executer of Out-of-Home media and production, outdoor related guerrilla marketing is part of our daily grind. And we should always keep the relevant authorities in view when planning any execution. I am reminded of the Balloon Boy when I saw the picture of all the police gathered at the "places of crime", at the post boxes.

The Balloon Boy hoax of a 6 year old boy feared adrift in a wayward homemade helium balloon in Colorado Oct 2009. He was later found safe in his home after a massive search Thursday afternoon. His rescue search was estimated to cost
US$47,000 for the time and efforts of the multiple government agencies including the Airforce, sheriff's office etc. 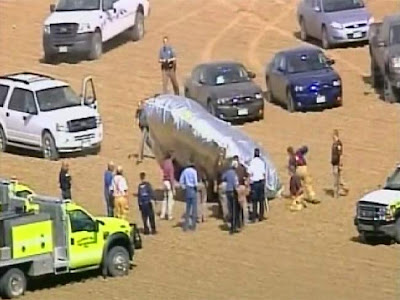 On one hand, we should be pushing the creativity envelope, but where do we stop at while being mindful of the environmental factors, putting out necessary disclaimers and providing prior information to the relevant authorities. It is all a fine balance of brand communications...