Green Wall or a Green Billboard - It could be BOTH!

Posted by Unknown on July 03, 2017
Spotted on the LinkedIn wall of an esteemed associate, I really actually saw a "Green Billboard". Reminiscent of the Green Billboard I blogged about some years back by PNC. 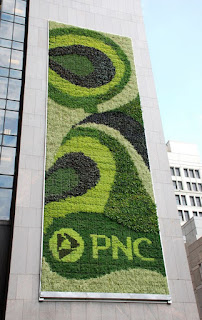 However, this "green billboard" featured is essentially a moss-covered wall! According to this article:- 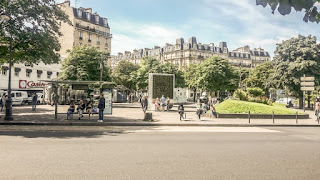 Essentially a moss-covered wall, each CityTree removes CO2, nitrogen oxides, and particulate matter from the air while also producing oxygen. A single tree is able to absorb 250 grams of particulate matter a day and remove 240 metric tons of CO2 each year—a level roughly on par with the air purification impact of 275 urban trees. Thirteen feet tall, with a metal frame, the CityTrees are easily installed in a public space, and they even have built-in seating at their base.... 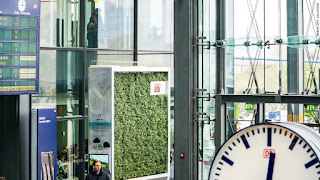 Each CityTree is just under 4 meters tall, nearly 3 meters wide and 2.19 meters deep, available in two versions: with or without a bench. A display is included for information or advertising. Berlin-based Green City Solutions claims its invention has the environmental benefit of up to 275 actual trees....


I wonder if moss comes in shades of green.

Billboards are part of the streetscape for information, advertising, and also beautification and CSR. This is not the first time a billboard is also a functional display. Keep innovating!
Ambient Ads Awards Billboards Creative CSR effective uses of outdoor Research