Digital Outdoor Today and Beyond

Posted by April on January 30, 2008
Outdoor advertising made its first historical footprint as early as 1835 as 9x6 posters for the circus in the U.S. That is close to 180 years ago, making outdoor advertising, or now better re-branded as "Out-of-Home (OOH) advertising", one of the oldest forms of media in existence today. It is amazing to see how the oldest form of media today, is also the arena for the most exciting innovations in new media creation today. New media in the OOH arena is everywhere from the pathways we walk on to the sophisticated digital signages that is creeping into our lives everywhere outside the home. 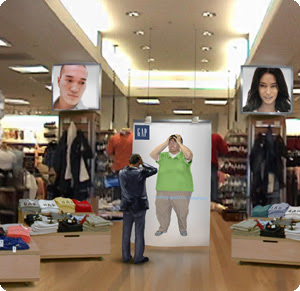 Picture - TM and (C) 2002 Twentieth Century Fox and Dreamworks L.L.C. All rights reserved
I personally believe that our industry's future has been exemplified in the streetscape scene in the "Minority Report" movie (2002) - there was this scene where Tom Cruise's character was escaping through a shopping mall. By iris recognition, Cruise's character was identified and - customised, holographic outdoor advertisements started to appear before his own eyes only...!

It was great that I chanced upon OOHic - a site dedicated to spreading as much information as possible about the OOH industry/ digital signage in under one roof. OOHic is set up by Austin Dsouza and he's doing a fantastic job achieving his website's objective. Good job! I'll be your new regular.

Static, Digital and finally, one day holographic and completely personalised and for-your-eyes only! The implications are very wide-ranging, ethically debatable and whats-not, but I am sure that by the time the technology matures, we would have ironed all the involved issues as well.
Ambient Ads Creative Digital Outdoor India Outdoor Advertising Research Street USA